Call of Duty Mobile: The iconic game you wanted in the palm of your hand

“The rules of engagement have changed!” Oh yes! The famous Captain Price catchphrase, before all hell gets loose! Well, great news guys, now you don’t have to wait till you come home or count the hours until the weekend to play the best game of our time – Call of Duty Mobile. The creators have rolled out the mobile game packing all the juice, graphics, FPS (Frames per second), and combining the best of the COD maps, into the palm of your hand. Therefore, wherever you are, you can go dark now and save the day alongside your elite team. 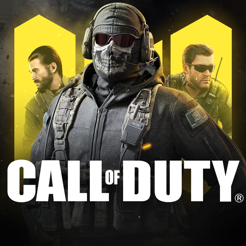 The stakes are high, and no team is braving to meet these odds with survival is just hanging on a weak lifeline. When all goes to hell, that’s when the team drops in for the Call of Duty to save the day – or pretty much save the world! John Price – A member of the British Special Forces, David Mason – J-SOC Strike Force, Alex Mason – A CIA operative and retired Marine Force Recon Captain, Simon ‘Ghost’ Riley – Second in command of Task Force 141 and Thomas Merrick – Field commander in 2027, are your elite minds and muscle when battling for survival. Features of Call of Duty Mobile

Call of Duty Mobile is real as it can be. You might think will it be the same experience as on your high-performance PC or PlayStation? Well yeah! And it’s even better than that, because you can go dark and play hero whenever, wherever you want. Following are the features for the mobile game of Call of Duty. The Game-play of Call of Duty Mobile

For those of you who know the game by the name and the general scope of what’s happening, here is a brief intro into what you are getting at;

Call of Duty is a multiplayer game, that you can play in different maps and modes.

Maps refer to different situations where you need to strategize and conquer using a new thinking for each situation.

Mode refers to how you play the game, is it going to be Battle Royal or Multiplayer. Battle Royal is a fight for survival where you must fight all, pitting against the rest. Multiplayer is the team game, where you’ll be a part of 5-member team and go into face the horrors that awaits in the plot. Level up and unlock awesome gear, outfits, characters pretty much anything to make the experience definitely cooler and stand out as the most impressive lethal weapon when you play the multiplayer mode.

The Call of Duty Mobile enables you to customize or improve; I know what you are thinking right now, how can the iconic game be fit in to a mobile? Well hats off to Activision for pulling off a gamer’s miracle as it sure is a fine piece of gaming on the palm of your hand.

Yes, there are tweaks on making it more mobile friendly and following is how it’s been done. In short! It’s all worth it! Superb and keeps the spirit of the game! Thanks Activision and Android for that. Activision Privacy Policy

Before you get excited, see if you have the following minimum requirements to play it; You no need to play long for getting into the Battle Royale mode. It will unlock and at the 07th Level of the game. Currently, it is showing only one map for players. It named the Classic Map. In the Classic map, you will have 15 minutes to play the game. You can play it as a SOLO, Pair, or as a four-member team.

When you enter the game, you should choose a class is named Clown, Defender, Mechanic, Medic, Ninja, & Scout.

They will drop us with the other 100 players for one match in classic map Battle Ground. After entering players to Battle Ground, they need to find the weapons, Medi kits & other things they need for their Back Pack. The battleground space will reduce by every 03 minutes, and players need to be inside the ground till the end of the game by survive from the enemies. Finally, the player or team remain inside the battleground will win the game.

Zombies mode is the recently added game for Call of Duty Mobile. There are 03 sub-games under the Zombies mode. Those are Normal Raid, Hard Score Raid & Survival. When starting stage of the game, you can find yourself and teammates inside a house with weapons. After a few seconds, that house will attack by a zombie horde. If you survive all the zombies, you will have to face the final challenge. It is to meet the Zombies Boss.

How to Download and Install Call of Duty Mobile

The most straight forward route is to go to App store and Playstore and download the application. But for some weird reason (if all your device specs match the requirements stated above) if you are unable to download it from there, you can google for Call of Duty mobile apk and download it to your device.

To make your life easy, you may click on the below links for respective links;

or you can play more online action games on our website.

The current version is: 1.0.8 from the launch on 1st of October which means that the guys are keep improving the game to keep it evermore happening and alive. It shouldn’t happen as the guys have done a superb job on this, but however if there’s a situation like that you need to do the following as required;

Currently you can’t. But as the game gets cooler, they will allow it to be connected. Fingers crossed!

No. It cannot be played via an emulator

Call of Duty Mobile is now available worldwide. All of you can download the game from Google Play & App Store.

Yes, call of duty Mobile is free game to play and free updates also there. It will charge for upgrades some weapons.

Game installing size is 78mb on Play Store & App Store. Auto Download mobile game data is 1GB. Also, a minimum of 2GB space should have your phone to play this game.

Some Players created COD Mobile Bots, but that activation Company will ban it because it is an illegal activity. You also can report the theme.

Are 08 players only give a knife & ax for Players. As a particular objective and arrow box will provide to players. The top 03 players will win the game. (Can’t select a map, only can play random map)

There are 08 players. Players have a revolver with limited ammo, and every shot will count. With each kill, players can earn more ammo over time. (Can’t select a map, only can play random map)

As a fellow gamer, it needs to be told that Call of Duty Mobile is one of the best things to happen in the mobile industry during this year. And the team Activision and everybody involved in making this a reality needs to take a bow, as we give a standing ovation to the awesome release they’ve done, as it wasn’t a disappointment at all, when bringing such an iconic game to a smaller compact version with such high restrictions. Kudos!

We use cookies to ensure that we give you the best experience on our website. If you continue to use this site we will assume that you are happy with it.OkPrivacy policy